At night I was woken up by a noise that sounded as if someone or something had tripped over my tent’s guy-ropes. I yelled into the night but when I didn’t hear anything else I went back to sleep.

After waking up in the morning – Justus just returned from a swim in the lake – I noticed that one of the ropes was cut. Why and by whom, that remained a mystery.

We relaxed in the sun for a few hours before we started hitch-hiking back to Tbilisi. We managed well in Armenia and hitched rides with at least 5 or 6 people. A guy selling dried fish at the street side gave us some for free, and a truck driver we hitched with invited us for a coffee.

From the Georgian border the hitching went a bit slow and it started to rain, so we took a cab to Tbilisi. 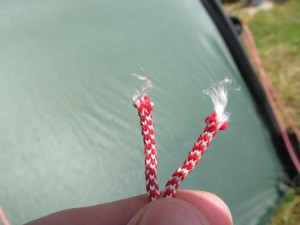 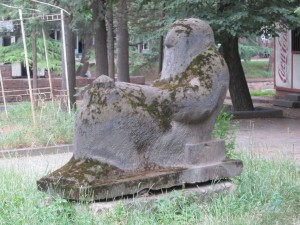 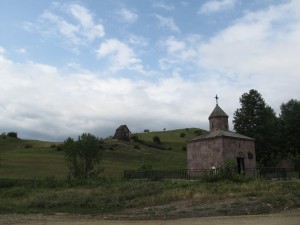 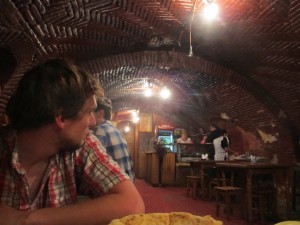 We got up early early in the morning (well, Justus almost had to force me), and took a marshrutka to Armenia. We arrived at the northern corner of Lake Sevan in the afternoon, near the town of the same name, Sevan.

The weather didn’t promise to be very good. The wind drove massive rain clouds along the opposite shore of the lake. We had lunch next to a bunch of Iranians at the beach, then went on to explore the area, looking for a place to pitch the tents. We found a deserted picnic area at the far end of a small peninsula, and got trapped under a roof there by heavy rain and hail. We were joined by two police officers who sought shelter for their cars under trees nearby.

After the rain stopped we decided to stay there and pitch tents under one of the picnic roofs. That turned out to be a wise decision because at night the thunderstorms came back.