Taro, owner of the hostel I stayed at in Tallinn, had the grand idea to send a letter to his 94-year old grandmother not by ordinary mail, but by other people. I am happy to be The First Bearer Of The Book, as it were, a notebook that contains the letter to his grandma, and into which every future Bearer can add their own page full of greetings, stories, or whatever, before passing it on to the next person who will hopefully carry it closer towards Japan.
It is made of a recycled book, see below, maybe you come across it one day. The title aptly translates to “Affections. Scenes of Time and People”.

Interestingly, I also started to draw after an interesting discussion which raised the question whether everybody could be an artist.

After the ferry to Helsinki today, I am now on the night train to Rovaniemi – the first on this trip that was supposed to be about bouldering and night trains.
I’ll be in Ivalo tomorrow, where I’ll stay with my friends for a few days. 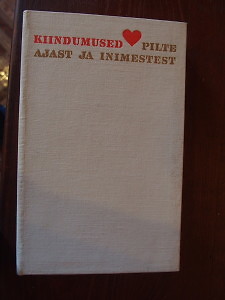 Tallinn’s Paljassaare & the Ministry of Climbing

Spent the day out in the ‘countryside’, on Paljassaare peninsula at the northeastern end of Tallinn’s Bay. There are some old military structures there, and some can be accessed, but those I found/looked at weren’t very spectacular. There is a lot of snow there but cycling went well on footpaths with somewhat compacted snow and ice. It was a lot of fun actually.

In the evening I went to the Ministry of Climbing, one of the climbing gyms in Tallinn. It’s been more than a week that I last went bouldering (Minsk!). Ronimisministeerium is pretty cool. It’s not very big but the space is used well and the walls are laid out in quite an interesting fashion. The site is some kind of old factory (my wild guess). 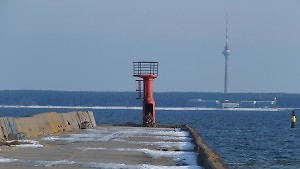 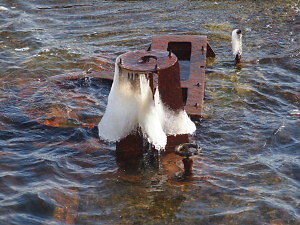 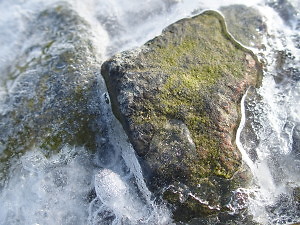 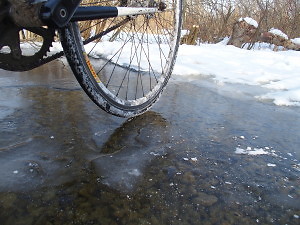 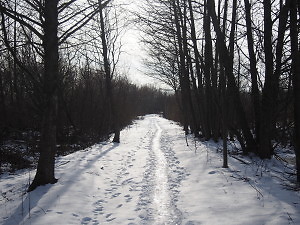 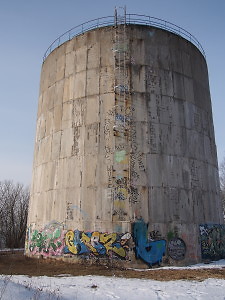 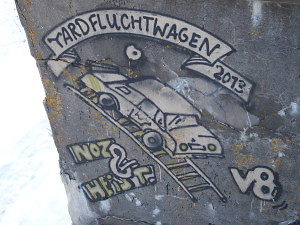 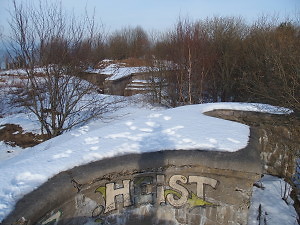 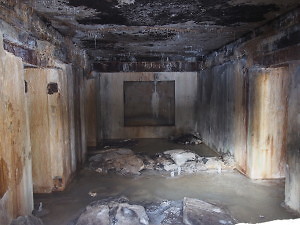 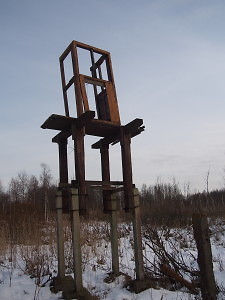 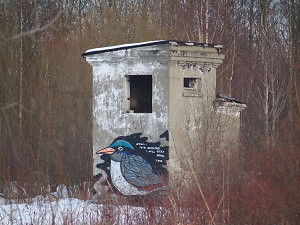 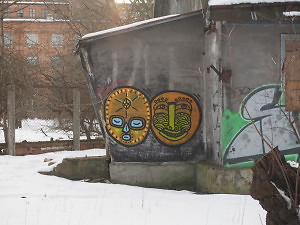 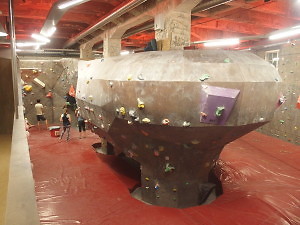 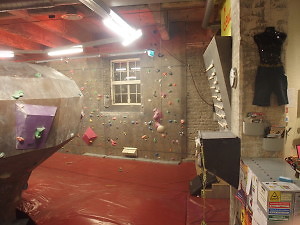 Trip: Bouldering to the North | Country: Estonia | Comments Off on Tallinn’s Paljassaare & the Ministry of Climbing

Ok, last night’s hostel was another failure. No storage space for stuff, noisy people at night, half the stuff is not working (shower head is off the pipe, bathroom door can’t be locked, half the lights in the bathroom not working – I have no clue whether my hair is looking proper today!), and who the f*ck allowed rummaging through plastic bags in a dorm room in the middle of the night???

Speaking of which, did you know that Rwanda has banned plastic bags completely since 2008? That’s the way to go. Not these half-assed announcements to maybe ban them 2025 or whenever.

Anyway, new hostel, and it’s great. Got stuck there chattin’ away and finally fixin’ my bike’s sneakin’ flat (hopefully for good) until it was too late to get far out of the city center. Also, it’s quite cold (-3°C or so).

And I got a bit annoyed by them many tourists that flash their expensive cameras but don’t pay attention to what they’re actually photographing – kind of walk ‘n click. The same goes for those who take pictures with their mobiles. So, in protest, very few and very carefully taken photos from me today. ;) 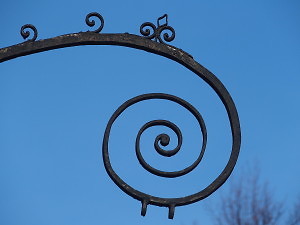 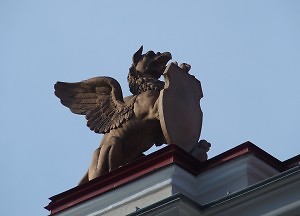 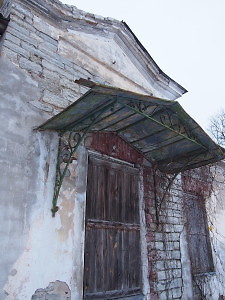 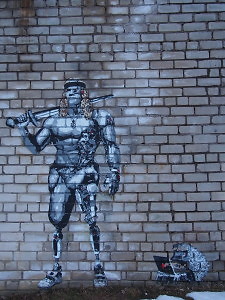 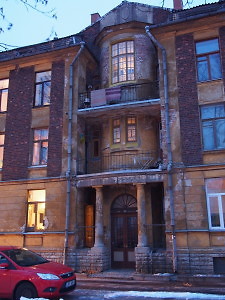 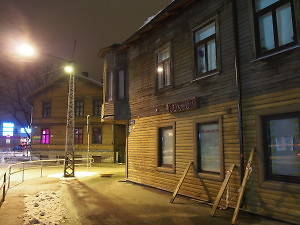 Trip: Bouldering to the North | Country: Estonia | Comments Off on Tallinn

Was in bed late; early start once again. I had only 2 hours of sleep.

My plan to use as many night trains as possible didn’t work out well so far. There simply weren’t any, and travel times weren’t so long most of the time anyway. Today, however, was an 11-hour trip from start to finish. This would have been nice to travel over night. Instead, trains often leave very early in the morning. Yaaawn…

Latvian Railways have a service to Valga, just across the border in Estonia. The last stop before Valga is Lugaži (really not more than the ‘station’, from the looks of it), still in Latvia and just 3km from town and border. I got off there and cycled into Estonia over icy roads. There is finally snow here.

The border runs right through the town, with Valka being the Latvian part, and Valga the Estonian. I had 3.5 hours to kill until the connecting train would leave for Tallinn. I think I have seen most everything of Valka/Valga, and had lunch as well.

The train was new, comfy, sometimes fast, and bike transport is free. That is a first.

I’m in a hostel in Tallinn’s old town. It’s a touristy beauty (the old town). Hostels, on the other hand, are not what they used to be. Nobody says ‘hello’ anymore, there is no ‘backpacker feeling’, no ‘community’. Just cheap lodging. I’m too tired for this shit.

One of the border crossings in Valka/Valga

Trip: Bouldering to the North | Country: Estonia, Latvia | Comments Off on Rīga – Tallinn
On My Todd