I slept in this morning and left around noon. Crossed the Danube to Serbia and started looking for something, anything, that could have transported me on the river, just for the fun of it. The port of Bačka Palanka, the first town on the Serbian side, was fenced off and closed. Later there were lots of small boats ashore, but none on the water. I followed the EuroVelo 6, a cycling route that crosses Europe from the Atlantic Ocean to the Black Sea, to Novi Sad. The weather was chilly and it kept drizzeling. Two years ago I followed the EV6 from Pančevo for awhile.

In Novi Sad’s port I started looking for a ship again. The only one there was a Ukrainian vessel that didn’t want to take me. :( Traffic is almost nil on the Danube. I’m a bit confused.

Novi Sad is Serbia’s second largest city. It has lots of bars and restaurants, a large and crowded pedestrian zone, and lovely narrow alleys. I quite like it. 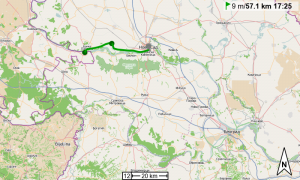 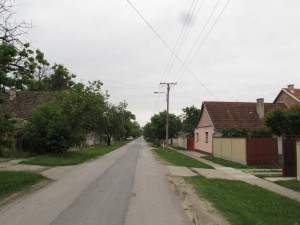 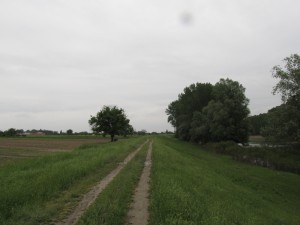 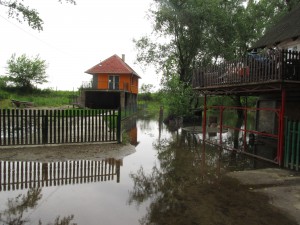 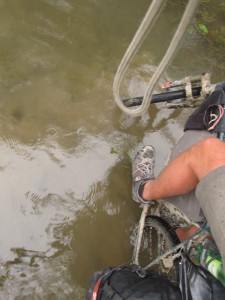 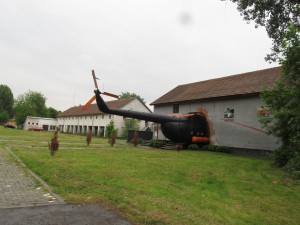 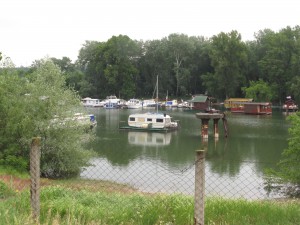 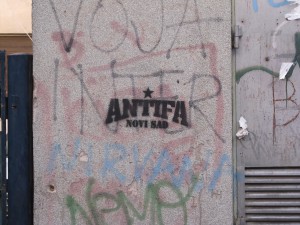 Trip: In the Canyons of the Balkans | Country: Croatia, Serbia | Comments Off on Ilok – Novi Sad

It rained heavily all night. The forecast had predicted that it would stop raining sometime in the morning so we waited, but at 11am it was still pouring. We spent our last Bosnian money on burek for breakfast and crossed the river Sava, which forms the border with Croatia here, to the village of Gunja.

The Sava, by the way, flows into the Danube in Belgrade. Two years ago I was standing above the confluence of both rivers, at Kalemegdan (Belgrade Fortress) with friends who I’m going to visit in a few days, at the end of this trip.

Back to Gunja. We checked bus and train schedules but there was nothing that would save us from the weather. So we cycled on.

A few kilometers later, in Drenovci, we split up. András is heading northish, directly to Hungary. I’m going northeastish today, and to Belgrade (southeastish) eventually. It was 2pm by now.

The rain stopped soon. I cycled along the Croatian/Serbian border, on dirt and gravel roads, through a massive and swampy forest at first, and through farmland later. Everything was muddy, and we, my bike as well as myself, received our fair shares of dirt, too. I like. :)

Occasionally the areas left and right of the road were marked with warning signs. There are still landmines there.

The villages had beautiful churches (and houses). There are no mosques here. Closer to Ilok the condition of the churches became worse. They are (most likely) not in use anymore.

I reached Ilok, the easternmost town of Croatia, at the Danube. I’m the only guest in Hostel Cinema, located in a grand, old(-looking) house. Probably downtown. I’m not really sure about Ilok’s geography.

Officially the hostel will reopen for the ‘season’ next week. Though the guy who runs the place said that there is never really much going on in Ilok.

Trip: In the Canyons of the Balkans | Country: Bosnia and Herzegovina, Croatia | Comments Off on Brčko – Ilok
On My Todd