In the morning I packed my bags and tried to reach the old fortress on Monte Hacho, a hill on the eastern end of the peninsula (which is really an island, as there is a connection between the northern port basin and the southern bay). On the way I came through a neighborhood with narrow pathways which was most lovely. My visit to the fortress was then swept away by heavy rains which set in all of a sudden.

In the afternoon I hopped on the ferry to Algeciras on mainland Spain, and took a bus to La Línea de la Concepción from there, where I found a bed for the night.

But before falling asleep I headed over to Gibraltar for an evening stroll and dinner. 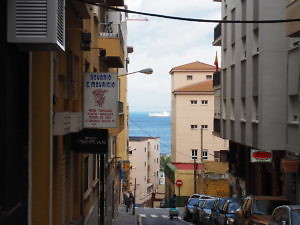 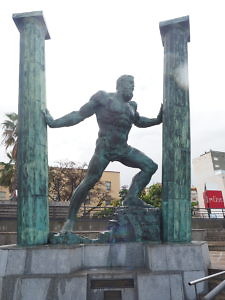 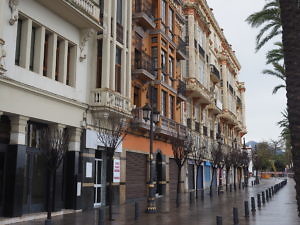 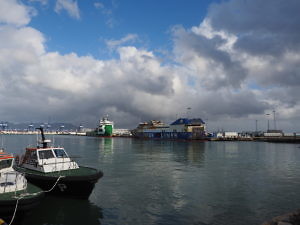 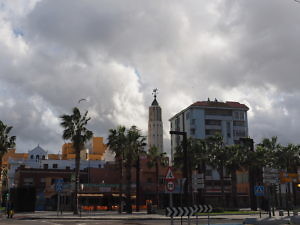 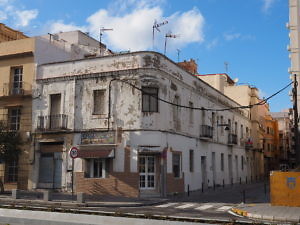 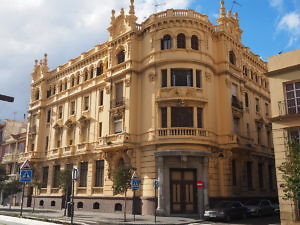 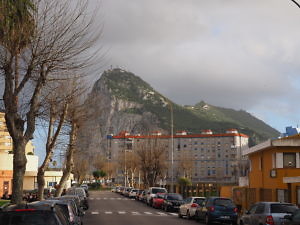 La Línea, with Gibraltar in the background 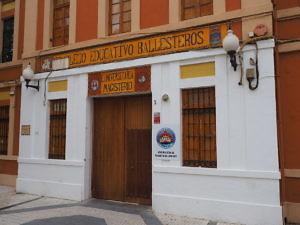 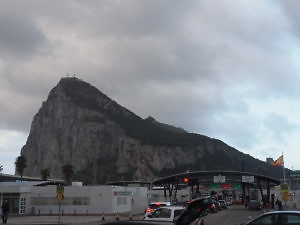 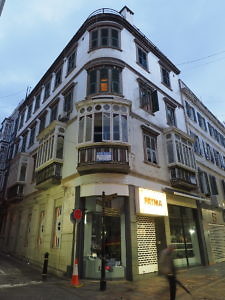 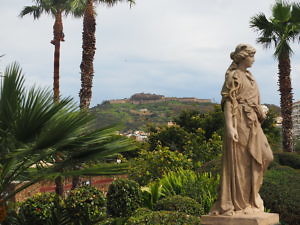 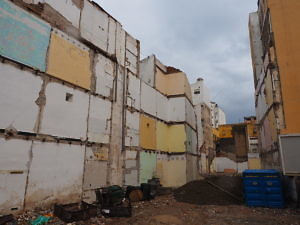 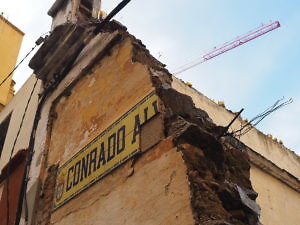 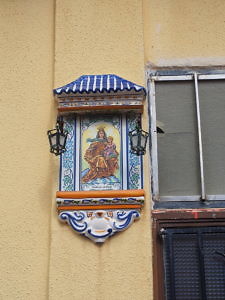 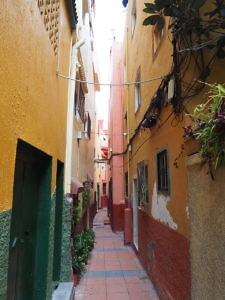 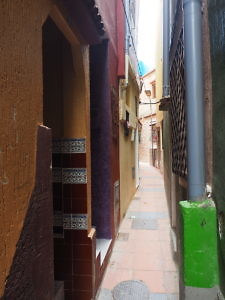 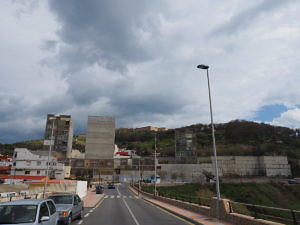 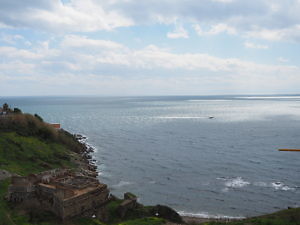 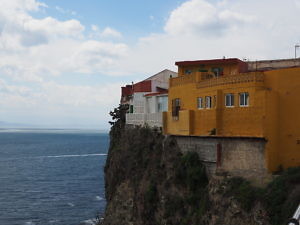 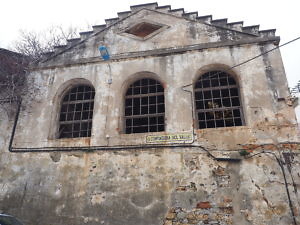 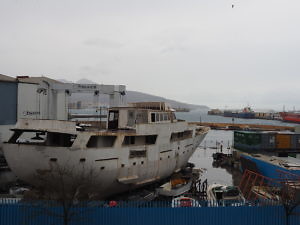 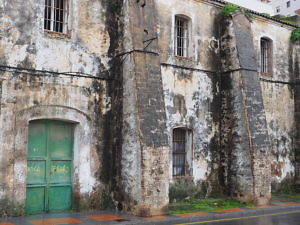 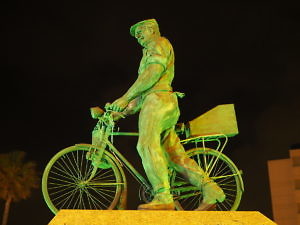 An early start to catch the bus to… Tetouan. I did the maths last night and realized that I won’t have time to see more of Morocco. So instead of staying in either Chefchaouen or Tetouan, in Tetouan I hopped on a Grand Taxi to the border with Ceuta.

Grand Taxis do inter-city trips and only leave when there are enough passengers. Which means that four people share the rear bench seat of the car (usually an old Mercedes) and two share the passenger front seat. This is far from comfortable.

The taxi dropped me off right in front of the border. I crossed on foot and Ceuta slash the EU greeted me with rain.

It was interesting to have a glimpse at Morocco. This short visit once more confirmed that my ‘usual’ way of travelling – by bike and far away from the touristy areas – is the best way to see a country. Immediately after arriving in Fez I was the target of the so-called faux guides. At every corner in the medina I was approached by (mostly) young men who, even if seemingly friendly at first, only wanted to sell hash. It quickly became difficult to distinguish between genuinely ‘altruistic’ approaches and ones that were pre-sale banter. Almost as quickly it became my rule to decline any approaches (in a friendly way, of course) even if I was interested in the matter. Which is a shame.

Trip: A Few Days Off in Morocco | Country: Ceuta, Morocco | Comments Off on Fez – Ceuta
On My Todd