Today’s breakfast was included in the hotel’s fee. A coffee and a chocolate croissant.

We left Pejë to the north-east, heading to Montenegro. For the first 10km the road was almost flat. Then the climbing started, and 12km later we reached the Kosovar border check-point, then had to climb for another 10km to the pass at approx. 1796m (according to my GPS).
Soon after the check-point it started to rain (the first rain on the entire trip!) and at the pass it was freezing cold (well, around 8°C, but in a strong wind and in wet clothes that feels icy). We changed to dry and water-proof clothing inside an abandoned hut next to the road, and started rolling down on the northwestern side of the mountains – first to the Montenegrin border check-point (where the rain stopped while we had our passports stamped), and then 20km non-stop to the town of Rožaje.

Frankenwheel had lost air pressure again last night but was fairly stable over the day once pumped up. On the downhill section I tried not to exceed 40kph, though. With a proper tyre that ride would have been a hell of a lot of fun!

We were still freezing when we reached the town and decided to stay in a hotel for the night. 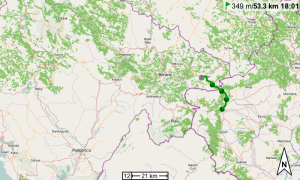 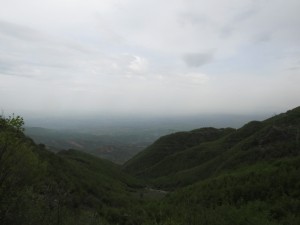 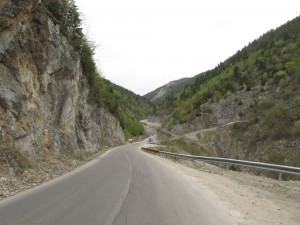 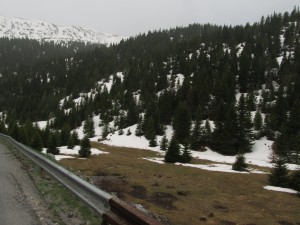 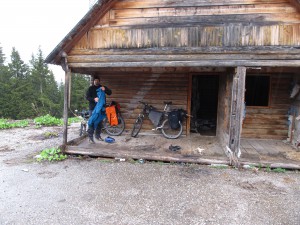 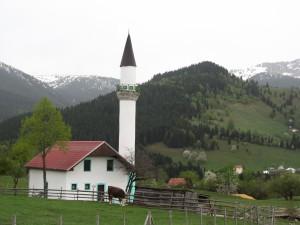 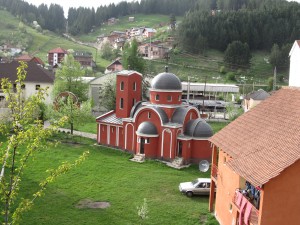 Trip: In the Canyons of the Balkans | Country: Kosovo, Montenegro | Comments Off on Pejë – Rožaje

Quite a shitty day, both physically and emotionally. Nothing of interest to report other than that we cycled just 43km to the north on comparatively easy terrain and are staying in the city of Pejë.

Pejë is a lively and sympathetic city, as far as I can tell. Had a well-done hair and beard-do for 2,50 Euro. 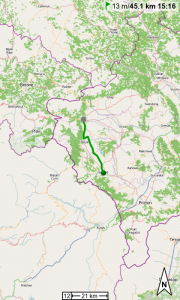 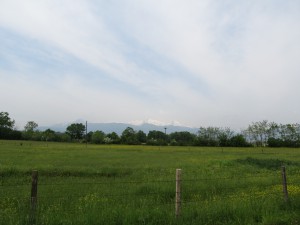 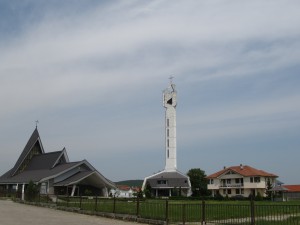 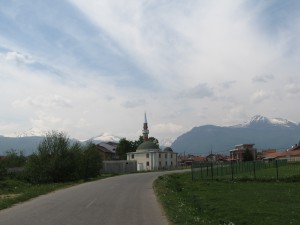 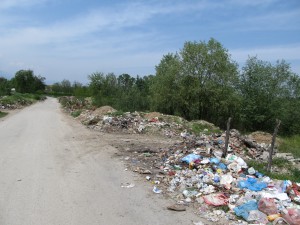 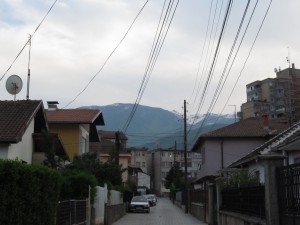 Trip: In the Canyons of the Balkans | Country: Kosovo | Comments Off on Gjakovë – Pejë

For breakfast we had a coffee in the bar of a guy who had worked in Germany for 6 years and spoke German quite well. Amongst other things he told us that living costs had increased a lot in Albania over the last years. The average monthly income is approx. 200 Euro. Fuel, for example, costs about 1,50 Euro per litre – almost as much as in Germany. He also told us that there was no boat or ferry service on the Liqeni i Fierzë anymore – maybe 10 years ago there was one.

We left Kukës quite late, almost at noon. Not far from the city we had a short break at the road side. A guy stopped to ask if we needed any help. Turned out he was German and worked for a German NGO called Nehemia in Krumë, a town some 25km down the road. We looked for the office there but it was closed for the day already.

Our planned destination for tomorrow was Bajram Curri, approx. 100km from Kukës. Tonight we wanted to camp somewhere in between. The other option we had discussed was to go to Kosovo. To make a long story short, at the respective junction we flipped a coin. I kind of didn’t like the result (heads – ‘go to Bajram Curri’) and András was ok with overriding it, so we’re now in the city of Gjakovë in Kosovo.
We both opted in to have Kosovar entry stamps put in our passports. This might pose a problem later when we (try to) enter Serbia. As you may or may not know, Serbia considers Kosovo part of its territory, whereas Kosovo has declared indepenence in 2008 and is de facto self-governed, excluding some provinces in the north of Kosovo which are administered by Serbia. Now, Serbia might or might not accept passports with Kosovar stamps. The situation is somewhat unclear to us and the Kosovar border guards could only tell us that for them, Albanians and Kosovars alike, entering Serbia is at least problematic.

Kosovo seems as friendly as Albania. Personally and totally subjectively, I like it a tad better so far.

Trip: In the Canyons of the Balkans | Country: Albania, Kosovo | Comments Off on Kukës – Gjakovë
On My Todd