The morning was a bit hectic as the bus was late, so my hosts generously drove me over to the airport. I left Réunion without having been up the volcanoes.

Amazingly, Lance and Kerry picked me up at the airport again in Johannesburg. Lance had successfully finished his AmsterCow ride. We spent a fun afternoon shooting their airgun and paintball gun, and watching the sun set. 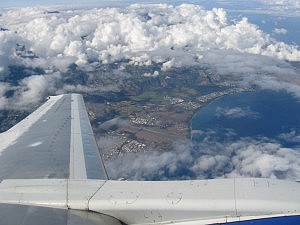 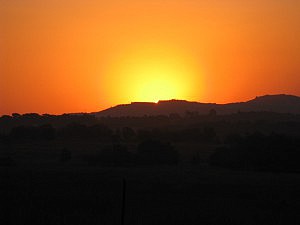 The day before yesterday I moved to couchsurfers in, or I should say near, Saint-Paul, closer to Saint-Denis (and the airport). They were fun and friendly people, computer nerds and musicians. They helped me recover my bike boxes from Nils’ old house, where I stayed the night when I first arrived from Johannesburg two months ago. Nils had long left, but the original owners had kindly kept the boxes. They weren’t at home, though, whenever I tried, so I eventually sneaked into their yard to get the boxes.

My new hosts also took me to to a lovely spot called Trois-Bassins (I think) named after the three cascading waterfalls and accompanying lakes. 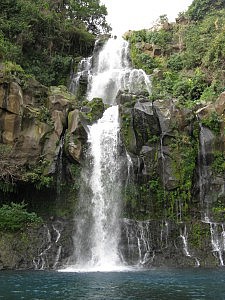 Just one of the waterfalls
Trip: Around the Indian Ocean | Country: Réunion | Comments Off on Saint-Paul

Went paragliding today. Yay! Though it was quite a short flight (and tandem, of course). 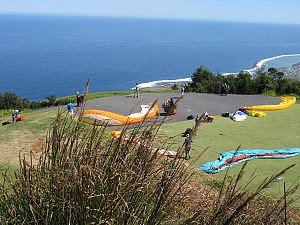 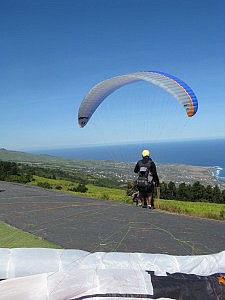 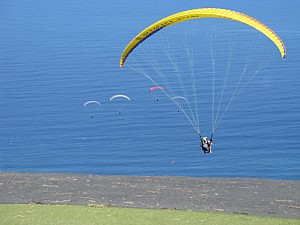 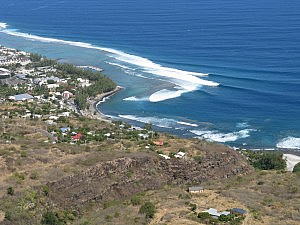 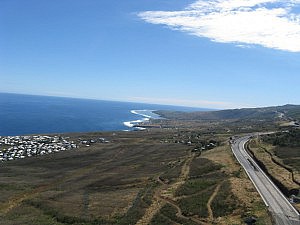 Trip: Around the Indian Ocean | Country: Réunion | Comments Off on Saint-Leu

The tour of La Réunion

Doing the tour of La Réunion, what a great day. And a half.

Yesterday I left Saint-Leu on the west coast of Réunion, intending to cycle the ~210km around the island on that day. Not a problem in theory, but if you have to stop every now and then to admire the beauty of the countryside, then this quickly becomes difficult.

The western coast of the island are inhabited in large parts by the French expat community (they are not strictly expats since Réunion is an integral part of France, and as such of the European Union, by the way). This part of the island is busy and rich. The east coast is poorer and inhabited mostly by those immigrants of non-European descent. There are no indigenous people here, as the island was uninhabited before settlers came in from all corners of the Indian Ocean after it’s ‘discovery’ (by Europeans) in the 16th century.

Anyway, the cycling went smoothly in counter-clockwise direction until I came to the lava fields of the Piton de la Fournaise, the 2621m active volcano at the southern end of the island. The latest eruption had been in 2007 but there were more than 100 recorded eruptions since the 16th century. The road crosses the caldera (and has to be rebuilt regularly) and of course I spent some time there (along with numerous other tourists) gawking at and walking across the encrusted but still hot lava.

I was travelling light, basically with just some water and my credit card, so when night fell I started to look for a place to sleep. However, this being off season, the few hotels I found were closed. I arrived in the town of Saint-André. I stopped at a police station and asked there whether they knew an open place, but the outcome was meagre. Eventually they even refused to let me sleep in one of their cells because they were “dirty and smelly”.

I ended up behind a pillar of a house in the city centre but a couple of stray dogs prevented me from relaxing. So I cycled on and through the night. with first light I arrived in Saint-Denis, Réunion’s capital at the northern tip of the island. Of course everything was closed and my only option for breakfast was to wait – or move on. I hopped on a bus because the stretch of road between Saint-Denis and Le Port further to the west is off limits for cyclists (in hindsight I should have cycled there anyway…).

I had breakfast in Saint-Paul or Saint-Gilles-les-Baines (can’t remember) and arrived back in my hostel in Saint-Leu after 25 hours. 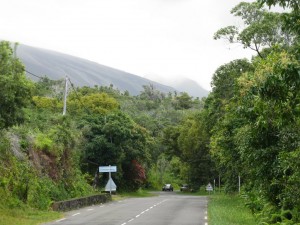 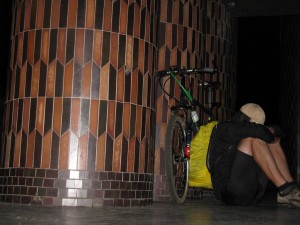 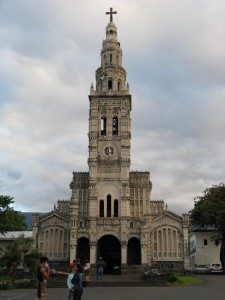 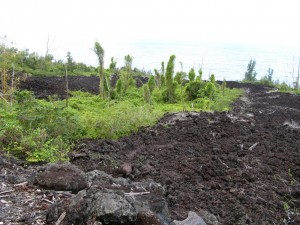 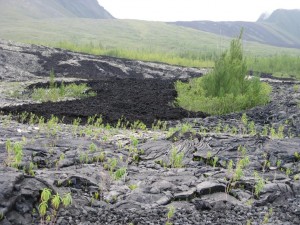 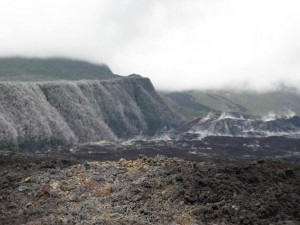 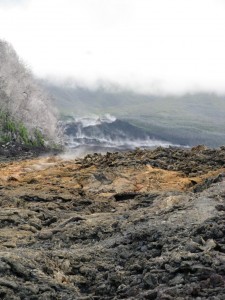 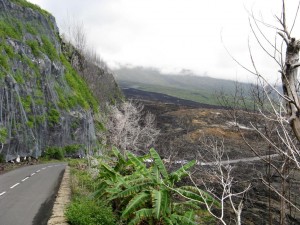 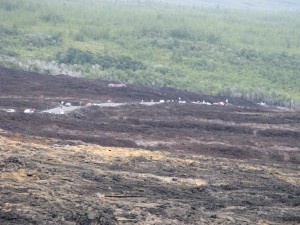 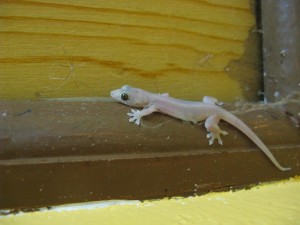 Trip: Around the Indian Ocean | Country: Réunion | Comments Off on The tour of La Réunion

I’m back on Réunion. The 1.5 days at sea weren’t so good. I got seasick and had also contracted a stomach bug on my last day on Madagascar. Bad combination.

Anyway, I’m happy to have solid ground under my feet and am staying in a hostel in Saint-Leu on the west coast. I cycled past my first night’s accommodation. Nils is long gone, back in Germany, but my bike boxes were still there! (Though no-one else, so I left them there for the time being.)

I’ll take a few days off to fully recover. 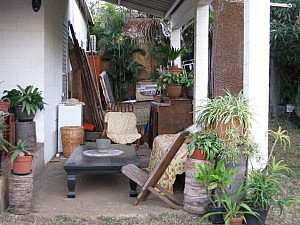 My bike boxes!
Trip: Around the Indian Ocean | Country: Réunion | Comments Off on Back on Réunion

Got up around 8.45am. Some of the folks in the house had already left at ~7am to go to the beach, surfing.

Put my bike together, said goodbye to Nils and left around 10am for Le Port. The road was quite hilly and the traffic there is pretty heavy. I soon realized I had forgotten a couple of things: my spare spokes and my bike lock, applying sun screen, having breakfast, taking some drinking water. Decided not to turn around but to try and call Nils from Le Port. Big mistake.

I mostly concentrated on road and traffic and didn’t see much of Réunion’s countryside or the villages I passed through. Eventually reached Le Port and easily found the SCOAM office where I had to fetch my ticket to Toamasina (aka Tamatave), Madagascar before 12pm.

Check-in was scheduled for 3.30pm. Tried to call Nils from my mobile. Friends of Nils’, Nico and Christiane, wanted to go to St Denis around 11am, and with some luck they’d not left yet and could drop by in Le Port. However, the ‘International Travel SIM card’ (SIM4Travel) I’d bought on the plane to South Africa didn’t work on Réunion. Bought a phone card at a post office but the public phones outside didn’t like my dialing. By that time I’d spent a couple of hours in Le Port and going back to Trois Bassins wasn’t an option anymore.

So I cycled to the eastern harbour where my ship was due to depart and stopped at the customs/check-in building. A couple of people were already waiting there. Among them a guy with wild beard and wild curly hair. He had a massive amount of luggage and came over to ask whether bike and backpack were my only baggage. I agreed to take one of his bags through check-in (but not through customs). More people asked if I could help them get stuff through check-in.

A French-Canadian couple arrived and we chatted a bit. They were going to Madagascar for the first time, too, and wanted to do some hiking and climbing over there.

Managed to get a phone from one of the other waiting passengers and tried to call Nils again. It worked but he didn’t answer. So I gave up on lock and spokes.

Check-in and clearing customs was easy. Got a cabin that I had to share with a Malagassy guy. He didn’t speak English and generally didn’t seem to be interested in conversation. Spent time on deck and in the lounge, had dinner, etc. Chatted with some of the other passengers, but all in all it was quite a boring afternoon and night. 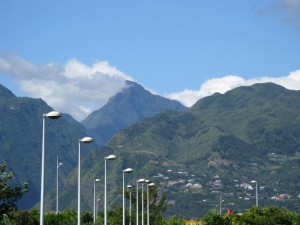 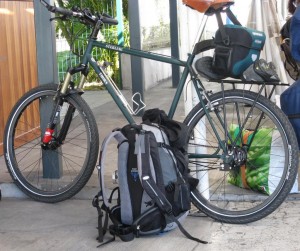 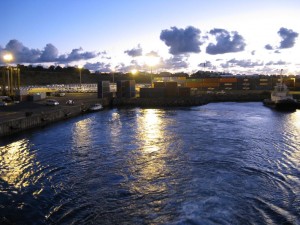 Finished packing the bike and my stuff in the morning.

At around 11am Kerry drove me to the airport before she went to work. In the queue of the check-in desk I met Nils from Berlin. He was returning from a surf trip to Jeffereys Bay/South Africa. He stays for 2 semesters on Réunion, studying biology. Talked about this and that, and also met Katie, a girl from the UK, participating in some kind of teacher exchange program on Réunion, returning from her trip through several South-African countries.

After landing in St. Denis, Réunion, we were waiting for our lifts. I had contacted a couchsurfing couple and they’d offered to pick me up at the airport. Nils and Katie were waiting for a friend of Katie’s. Neither showed up for quite some time. I went back inside to ask the lady at the airport information desk about an internet cafe nearby. As a reply she laughed me right in the face and asked me how I could have expected her to understand and speak English. I should have asked about that first, she said. All in perfect English, by the way. Eventually she pointed me at a café upstairs where I was able to check my email. There was nothing from my CS hosts, though.

Finally Katie’s and Nils’ lift arrived and Nils offered me to stay at his place for the night. So we packed my two bike boxes, four backpacks, and four people into one of these tiny French cars. Nils’ surf board was strapped to the roof.

It was quite a fun ride and Nils’ place turned out to be a good start for the ride to Le Port (where the ship to Madagascar leaves) the next morning, as cyclists are not allowed on the motorway between St. Denis and Le Port.
At Nils’ house I met Nico, Fanny, Fathme, Christiane, … and many more gals and guys who all trickled in from some festival they had been at and stayed at the smallish house. Some of them had even returned from a Madagascar trip recently. Had some beer and left-over rice.

Me, Nils, Mathieu, Katie
Trip: Around the Indian Ocean | Country: Réunion, South Africa | Comments Off on Johannesburg – Réunion
On My Todd